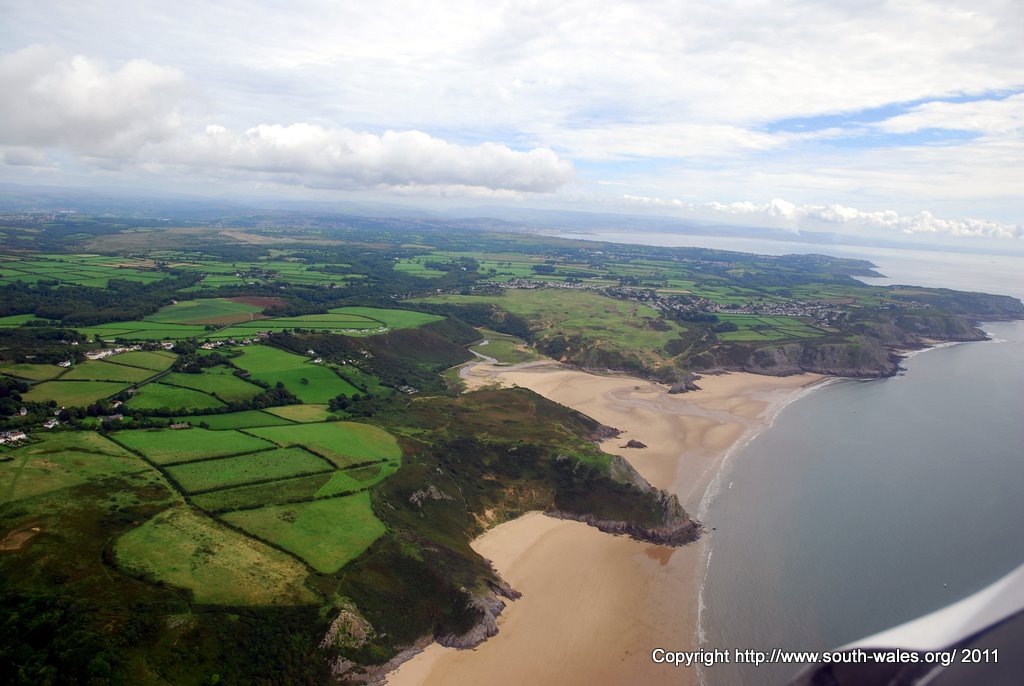 The Gower is one of South Wales’ big tourist attractions. It’s a peninsular just west of Swansea and was the first area in the United Kingdom to be designated as an Area of Outstanding Natural Beauty.  It’s a real mix of rugged coastline, glorious beaches, great views and castles.

I was lucky enough to fly around the Gower last summer so some of the photos in this post will give you a great view of some of the great beaches.

Most of the sandy beaches are on the south side of the Gower:

As with all coastal access along the South Wales coast make sure you check the tides. The South Wales coast has some of the largest tidal ranges in the world (15m/50ft) and the tide can come in quickly.  Make sure that you have an escape route when the tide is coming in.  Many people are rescued every year and some people have drowned having been cut-off.

Check the tides here for Mumbles before you go.

Further along the coast from the beaches above you come to Mumbles.  Mumbles is a great place to visit – there’s a nice walk for a mile or more from Mumbles village centre to Mumbles pier and Bracelet Bay. If you are in a car then Bracelet Bay is a good place to park up and admire the view across Swansea Bay and the Bristol Channel. There isn’t any sand in Bracelet Bay though there are a couple of small sandy patches near Mumbles pier.

Mumbles has a large number of shops, cafes, pubs, chip shops and amusement arcades. It’s also home to the great Patricks with Rooms restaurant and hotel. Mumbles Castle is also worth a visit.